Where Do You Find Ideas To Write About? 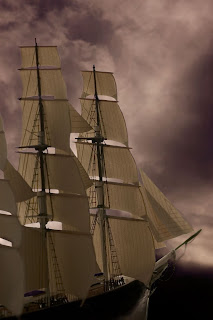 Where do ideas for novels come from? From a lot of sitting, and thinking, and reading. Newspaper articles are fertile ground. The scene in my Accidental Alien, where the medics at a murder scene argue if the victim is dead or not, came from an actual account in a newspaper.
Conversation yields ideas. One day a friend of mine expressed her negative opinion of another woman with the remark, "Once she gets off the subject of herself, she has nothing to say." That statement gave birth to a character in The Haunting of Aaron House, which you'll get to read this February.
When I read Lady of Hay, by Barbara Erskine, published in 1986, I knew someday I'd write about reincarnation, past life regression, and time travel. My latest book, Love Out of Time, is that book. The story unfolds on the New Jersey seashore. I love the ocean, and if I can't live there, I can at least be there in my imagination. The main protagonist was going to be a modern day woman who falls in love with the ghost who haunts the beach house she rents to spend time recovering from the trauma of a sudden divorce. My passion is American History. I try to include it in all my books, so I made the ghost a captain of a whaling ship who lived during the Civil War, about 1865. All I needed was some little-known event from the Civil War to cement the whole thing together. Research led me to The Stone Fleet, an idea so far-fetched it is hard to believe it really happened.
Back in 1865 the whaling industry in New Bedford, Massachusetts was thriving, but the end was in sight. Oil had been discovered in the ground at Titusville, PA, the whales were becoming scarce due to uncontrolled slaughtering. The tall-masted sailing ships were being replaced by steam engines, which were faster, and a lot of old ships, not worth repairing, sat unused and rotting in the harbor.
The Southern Confederate Army was gaining strength, defeating the Northern Union Army at every turn. The Southern Navy threatened Yankee shipping by sailing up the Chesapeake Bay to strike at Northern ports.
The War Department in Washington decided to purchase some of the old sailing ships at New Bedford and fill them with rocks so they could sail to the mouth of the Chesapeake and be sunk, thus blocking enemy ships access to Northern ports. The plan was called The Stone Fleet. Thirty of these old ships were purchased and local farmers were paid to bring rocks to fill them. Well, as usual, something went wrong, or, as we would say today, it became one huge clusterfuck. The old wooden ships were so filled with worm rot that they started to fall apart and sink on the way south. Some actually reached the mouth of the bay, but they disintegrated when they sank, and the army discovered that the bay was so deep at the mouth that the Southern navy sailed right over them. Unbelievably, they tried this a second time and the same thing happened. It makes one wonder if some of these people serving in the government today might be reincarnations of past officials.

Book of the Month
If you liked Gabaldon's Highlander, or Dragonfly in Amber, you will enjoy reading Lady of Hay, by Barbara Erskine. An experiment in hypnosis and past life regression goes awry and  journalist Jo Clifford finds herself caught up in royal politics in eleventh century England during the reign of King John, of Magna Carta fame, and his child bride Matilda. Jo's past life identity becomes hopelessly entangled in the unspeakable treachery of King John's court, and affects her in her present day life as she realizes those she knows in her real life could be reincarnations of those inhabitants of her past. This is a long book (over 500 pages) and it sometimes moves slowly, but it is fascinating history.
The book has gone through numerous printings since it first appeared in 1976 and has sold more than a million copies worldwide.

Love Out of Time

Can a lost love span a century?

Sara Burkhart rented a beach house on the jersey shore to recover from the divorce that shattered her life. She didn't expect to fall in love with the ghost of a Whaling Ship captain from 1860 who was the true love she never found. Read the full story on Amazon. http://www.amazon.com/dp/B00UPMAS9G

She is a poor department store clerk. He is a millionaire TV star. They meet Christmas Eve while he is searching for his dog, Annabel. Many forces conspire to keep them apart, but a friendly old gentleman shows up to help.

"Maddie's Choice," my romance about cattle, kids, an ex-merc, a feisty writer from New York--both of whom need a lot of loving--and a chocoholic bull, is available from Amazon.com in both paperback and e-book. Thank you Agent Jeanie Loiacono and Loiacono Literary

Daniel looks human, but biologically he is a plant, with imbedded Artificial Intelligence, and the ability to change into any other living thing. He was left here as a seed by a spacecraft. He hatches, grows into a human, and must learn to live as human. Some friends teach him to be a professional gambler and he settles in a town in Nevada where he must cope with a female assassin sent to kill him, and a mobster out to get him, a neighborhood drug lord, and two detectives searching for him because they think he might have murdered a mob boss.
This book is a lot of fun and asks some hard questions about human behavior.

Add your e-mail here and be notified when a new blog appears.

For Writers and ReadersFollow by Email

There are really two of me. The one is an author of the novels in the left column; the other is a political animal, an elected official on the city council of Eureka Springs, AR and interested in world happenings. I use this blog to express those ideas and concerns, everything from writing to anything that interests me.
Visit my website: http://joycezellercom.weebly.com to learn
more about me and my books.
Notice the button at the top of this column. Add your e-mail and you will be notified of new blogs. You can follow news and stories about the characters in all my books, including those to be published.